Thousands of visitors who visit Sydney every day throng to the Sydney Opera House to see one of the most distinctive buildings and performing arts venues in the world.

The Sydney Opera House encountered storming waters during its construction though. Lots of controversies, mostly caused by costs blow-outs and engineering disagreements, made its progress and completion difficult till the opening in 1973. Why and How shall you visit the Sydney Opera House

The Sydney Opera House with its unique and imposing shell-shaped building gained over the years global cultural significance, thus becoming not only an iconic symbol for Australia but also a worldwide recognisable image that was officially sealed when UNESCO in 2007 declared the Sydney Opera House a World Heritage Site.

To visit this Australian iconic landmark there are many ways, probably the preferred and most genuine way of doing it is hanging around the Sydney Opera House, marvelling at its magnificent building while taking photos from as many angles as you can. The guided tour takes an hour and is offered in English as well as in several foreign languages. The tour shows you the interior architecture of the building and as you walk through the halls you will be able to see the shells from more angles.

Moreover, you will watch 2 videos and view some of the theatres and concert halls. The tour guide will go through the major Sydney Opera House facts, from conception to completion of the building.

Here below I have prepared a recap of 15 Sydney Opera House Facts. Seeing Sydney Opera House from afar it’s a great way of capturing the Sydney Opera House. Different perspectives and points of observation can deliver unique images of this magnificent building making it into almost a living thing.

There are many places where you can view it and take photos. There is a viewing point named the Southern Pylon Lookout of the Sydney Harbour Bridge which is popular among visitors for a clear view of the Opera House.

If you wonder where you shall take photos, the choice is big.

My preferred Sydney Opera views are from the water and the air perspective because you can see the building as a whole complex and admire its design. Cruising the harbour is one of the fun things to do in Sydney city.

Here below some Sydney Opera House photos taken from a scenic flight over Sydney. And from the ferry. And this view of the Opera House from the ferry. How to get to Sydney Opera House

The easiest way is to walk from anywhere in Sydney City. The Sydney Opera House is located on the Bennelong Point into the Sydney Harbour, close to Circular Quay and surrounded by a beautiful Sydney harbour bridge setting, on the south, it faces the Royal Botanical Gardens.

If you are travelling by train or bus get off at Circular Quay which is only a few minutes walking distances. There is a good choice of fine restaurants and wine Bistros surrounding the Sydney Opera monumental area. The Mozart Bistro has meals at affordable prices.

There are also 5 Opera House Bars within the complex providing outdoor terraces with a spectacular view over the Sydney Harbour.

Now to get your visit in Sydney organised. For guided tours, you can check these day-tours from Sydney 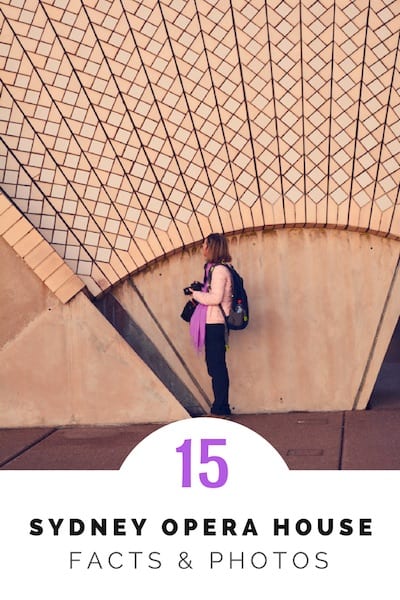 More related posts for your visit to Sydney Australia

How to travel to Australia on a budget

BOOK ACCOMMODATION AROUND AUSTRALIA
Search and find the right type of accommodation that suits your style and budget. For Australia get the best comparison results among hotels, apartments, homestay, hostels with booking.com.

SECURE CAR RENTALS DEALS  IN AUSTRALIA
Find the best deal among thousands of offers, with the no. 1 Australian Comparison Site for rental cars, campervans and relocation vans. We recommend booking your vehicles with our partner DriveNow.

TRAVEL SAFE – GET TRAVEL INSURANCE
Travel with peace of mind. Get a travel insurance that is affordable and offers the coverage that suits you. If you are aged up to 66, we recommend the plans, including coverage for outdoor activities by WorldNomads.

GET HELP WITH YOUR AUSTRALIA TRIP

GET YOUR AUSTRALIA ITINERARY GUIDE BOOK
An Australia Book, with all planning elements to create a cost-effective travel plan. With 5 detailed itineraries, +40 customisation options, and +15 pages of sites, this is hands-down the best guide book you can find on the market.  Buy the book now!

AUSTRALIA TRIP PLANNING SERVICES
Get Michela’s expert advice to answer your questions, clear your doubts, and craft together a personalised Australia itinerary with rock-solid knowledge and first-hand tips of an expert traveller of Australia. Check out what we can do for you.