5 Reasons To Visit France As A Solo Traveller 50+

France is one of the world’s most romantic destinations, and this European nation is surprisingly diverse. From the bright lights and glamour of Paris to the rolling fields and vineyards of rural Bordeaux, from the snowy peaks of the Alps to gloriously sunny Mediterranean beaches, there is something for everyone here and it’s an ideal destination for women travelling solo.

It’s little wonder that France is the most-visited country on Earth.

Did you know that from mid-2023, you may have to register online with the new ETIAS system to travel without a visa? The ETIAS is not a visa; it is a waiver that allows you to enter the Schengen Area visa-free. You can see the differences between the ETIAS and a European visa and how to get one. Once you have what you need to travel, France is yours to explore.

Here are our top 5 reasons to visit France for women travelling solo at 50 plus.

Perhaps France’s biggest draws are its monuments. These are nothing short of iconic. Who wouldn’t want to take in the view from the top of the Eiffel Tower? Or marvel at the beautiful cathedral of Notre Dame? Or get that all-important holiday snap in front of the Arc de Triomphe? Then there’s the Basilica of the Sacré-Cœur, the Louvre Museum, the Paris Catacombs, the Panthéon — and all this is just Paris!

Venture outside the capital and visit the immense Palace at Versailles. Take a trip to the northern coast to see the Mont-Saint-Michel Abbey in Normandy, which is only accessible at low tide), or pay respects to those who fell at the D-Day landings at Omaha Beach.

Take in the majesty of the Loire Valley Castles or make the journey to Provence to see the ancient Roman aqueduct known as the Pont du Gard.

France has plenty of natural landmarks that will astound you. Mont Blanc stands as the highest mountain in the Alps, while the Dune du Pilat — an inland dune in Nouvelle-Aquitaine — is a unique wonder of nature that moves around 1 to 5 m (3 to 15 ft) each year.

There is so much to see that it’s a good idea to plan well and make an itinerary before you go. Here are some more tips to make travel easier.

European countries are generally regarded as cultural hubs, and France is no exception. This land has a long history, from its beginnings with Gaulish tribes through its conquest by the Roman Empire to becoming one of the most powerful states of medieval Europe.

France was one of the cultural centres of the Renaissance and later the Age of Enlightenment, highlighted by great works of art and literature. The French Revolution, the rise of Napoleon, and the subsequent wars were all landmark events in world history. France was also a key player in both World Wars.

There are many historical sites throughout France that you can visit, from the Roman amphitheatre at Nîmes to the locations of the D-Day Landings in Normandy.

The medieval citadel of Carcassonne in the south is an incredibly well-preserved fortress. Few things are more atmospheric than walking through the narrow streets, exploring the castle, or gazing out from the battlements as the sun sets.

The Neolithic site of Carnac in Brittany is one of Europe’s most important prehistoric sites. You can see over 3,000 standing stones that have remained there for over 6,000 years.

France is not all monuments and culture. Sometimes, you want to relax in the sun during a holiday, and France is perfect too. The south coast of the country is bathed in the idyllic Mediterranean sunshine. It would be hard to find better beaches than those on the Côte d’Azur, a.k.a. the French Riviera peppered with beautiful coastal old towns like Nice, Cannes and Menton to name a few.

Seaside resorts like Saint-Tropez, Cannes, and Sainte-Maxime have been favourite holiday spots for Europeans for over 100 years, and their popularity is well-earned. Pampelonne beach is one of the region’s most well-known beaches, having appeared in the Brigitte Bardot film And God Created Woman.

You can’t talk about France without mentioning the food. French cuisine is renowned for being high-quality. The country is home to over 630 Michelin-starred restaurants — more than any other country in the world. That doesn’t mean you can’t enjoy French cuisine on a budget, though! There are plenty of affordable and delicious options, with various regional dishes wherever you go.

Don’t go thinking it’s all frogs’ legs and snails, either. When in Brittany, try some authentic Breton crêpes. and the typical cheese Galette Bretonne. If you’re in the southern region of the Languedoc, you can’t miss out on delicious cassoulet — a local bean-and-meat casserole.

To say France is a good place for art is the understatement of the year. The country, particularly the capital, has drawn artists like a magnet for centuries. Many of the most important Italian artists of the Renaissance, such as Leonardo Da Vinci, spent time in France. Later, the Impressionist movement was centred around Paris, with most of the leading artists being French. Vincent Van Gogh also famously lived in Paris and later in Arles and Auvers-Sur-Oise.

Today, the country continues to be associated with art, and it is one of the best places on Earth to see great works of art from history. There are fantastic art museums and galleries in virtually every major city in France and many of the smaller towns. If you’re an art lover, you can’t go wrong.

However, the crown jewel is Paris — a wonderfully safe city for solo travellers who are also art enthusiasts (like myself). The world-famous Louvre Museum is home to pieces of art from worldwide and all periods of history. The building and its grounds are works of art in themselves, and you could easily spend a whole day exploring them.

Then there is the Musée d’Orsay. Although the Louvre often eclipses it in popularity, the Musée d’Orsay should be high on anyone’s to-do list while in Paris, especially if you’re a fan of Impressionism and Post-Impressionism. This incredible museum, located in a converted old train station, is home to a collection of works from Manet, Monet, Renoir, Cézanne, Gauguin, and Van Gogh, among many others.

France is the top choice. And Italy and Spain are the three Mediterranean countries that offer a genuinely diversified environment and safe hub for women over 50 travelling solo. No matter your solo travel experience level, France will delight you at any time of the year and with any travel style. So be prepared to create long-lasting memories and fall in love with France.

Travel Italy – All you need to know before going

How to stay with Airbnb – A guide for Solo Travellers

How to overcome fear of travelling solo

Solo Travel Over 50: How to Travel at Fifty Plus The Best Experiences For Solo Travel To Europe

The Best Experiences For Solo Travel To Europe

Solo Travel Over 50: How to Travel at Fifty Plus

How To Travel The World And Teach English After Retirement 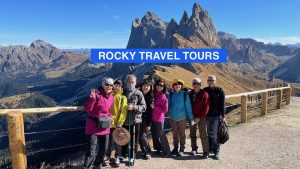 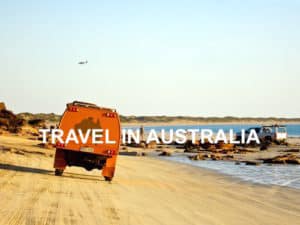 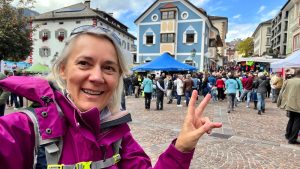 Are you active and 50+ and would like to explore Sicily and the Dolomites with like-minded travellers? Enter name, and email address to get news about our Small Group Tours.

👉AFTER ENTERING NAME + EMAIL ADDRESS, CHECK YOUR MAILBOX TO CONFIRM THE EMAIL SUBSCRIPTION.